CCSM is proud to continue to be the Capital Region anchor for the next steps on the Excluded Worker Fund campaign: Excluded No More

Permanent repairs to our safety net. The Excluded No More legislation will make it possible for our state's most vulnerable workers to get access to unemployment compensation, no matter what they do for a living or where they're from. More info below on what this legislation would look like.

To get involved in our campaign, email Iridian at iridian@sanctuarycolumbiacounty.org or call 518-303-3848 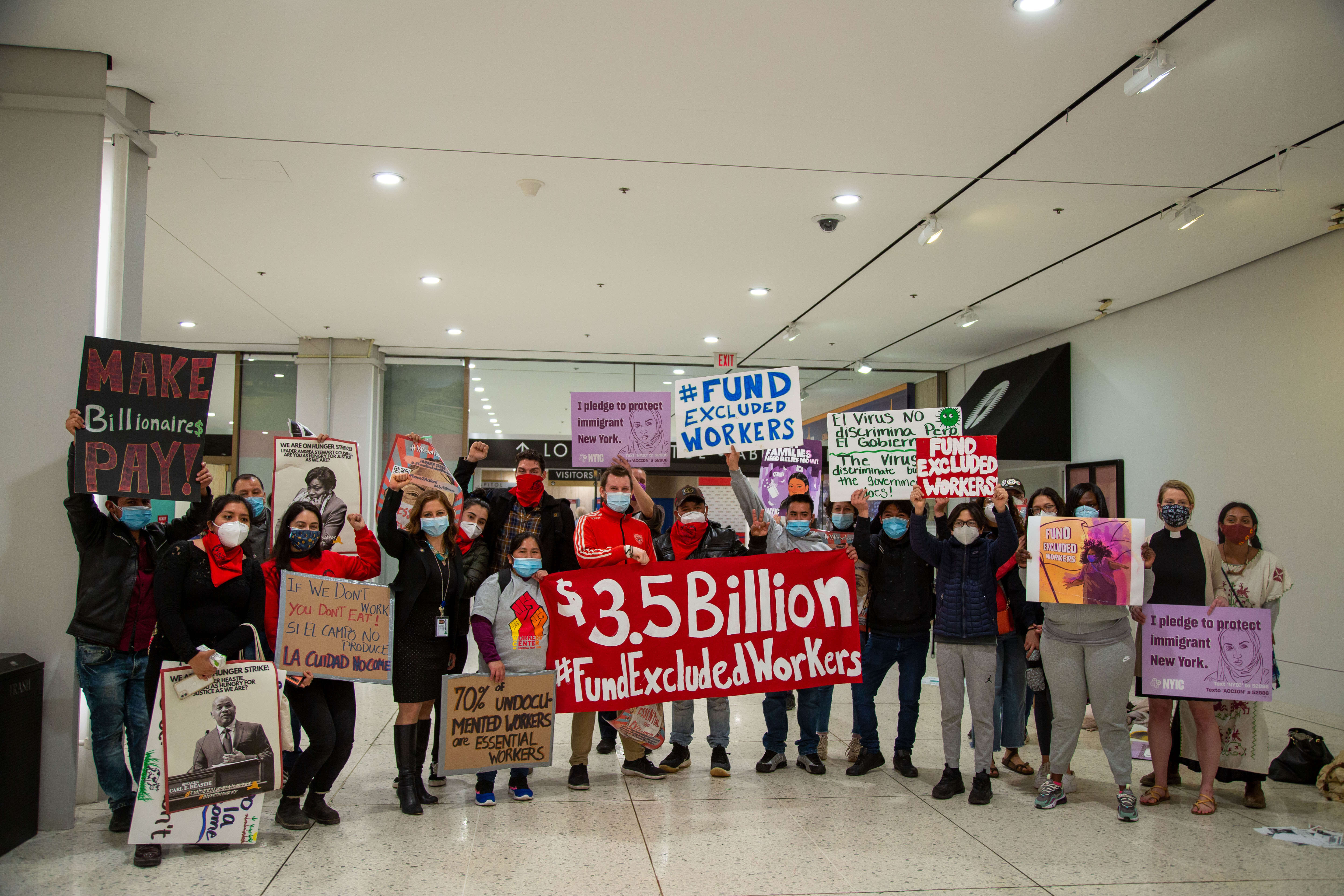 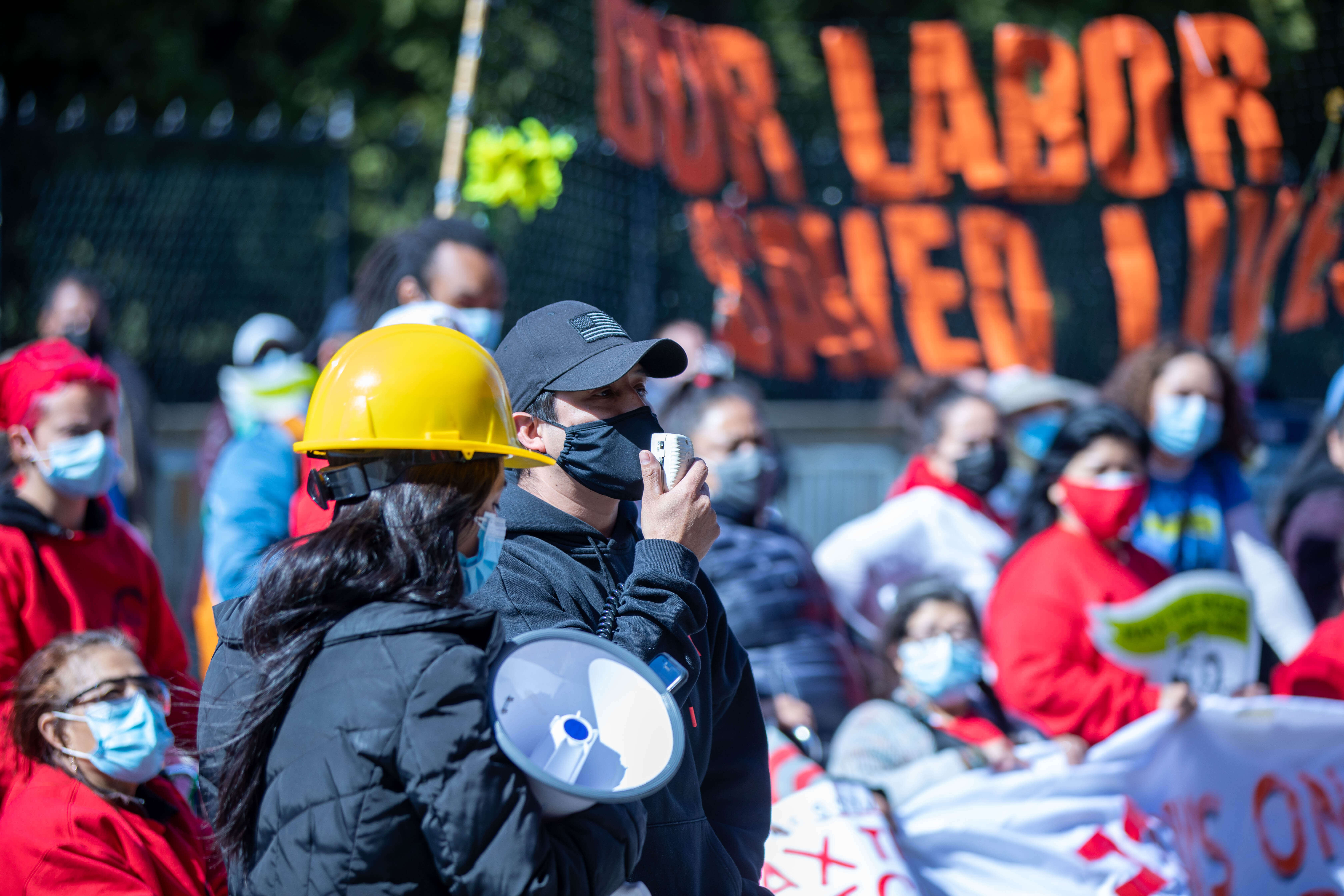 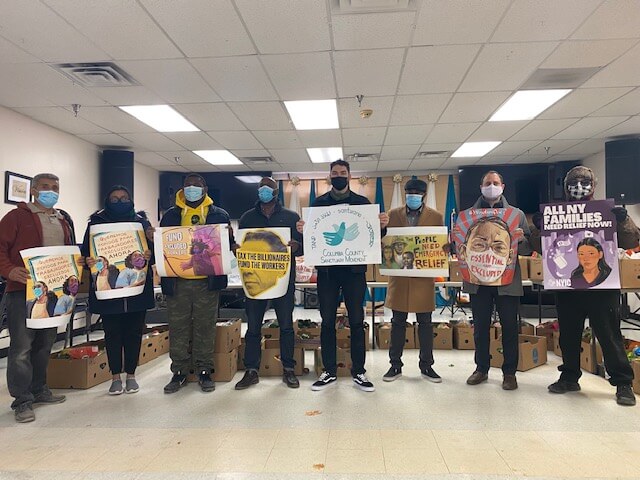 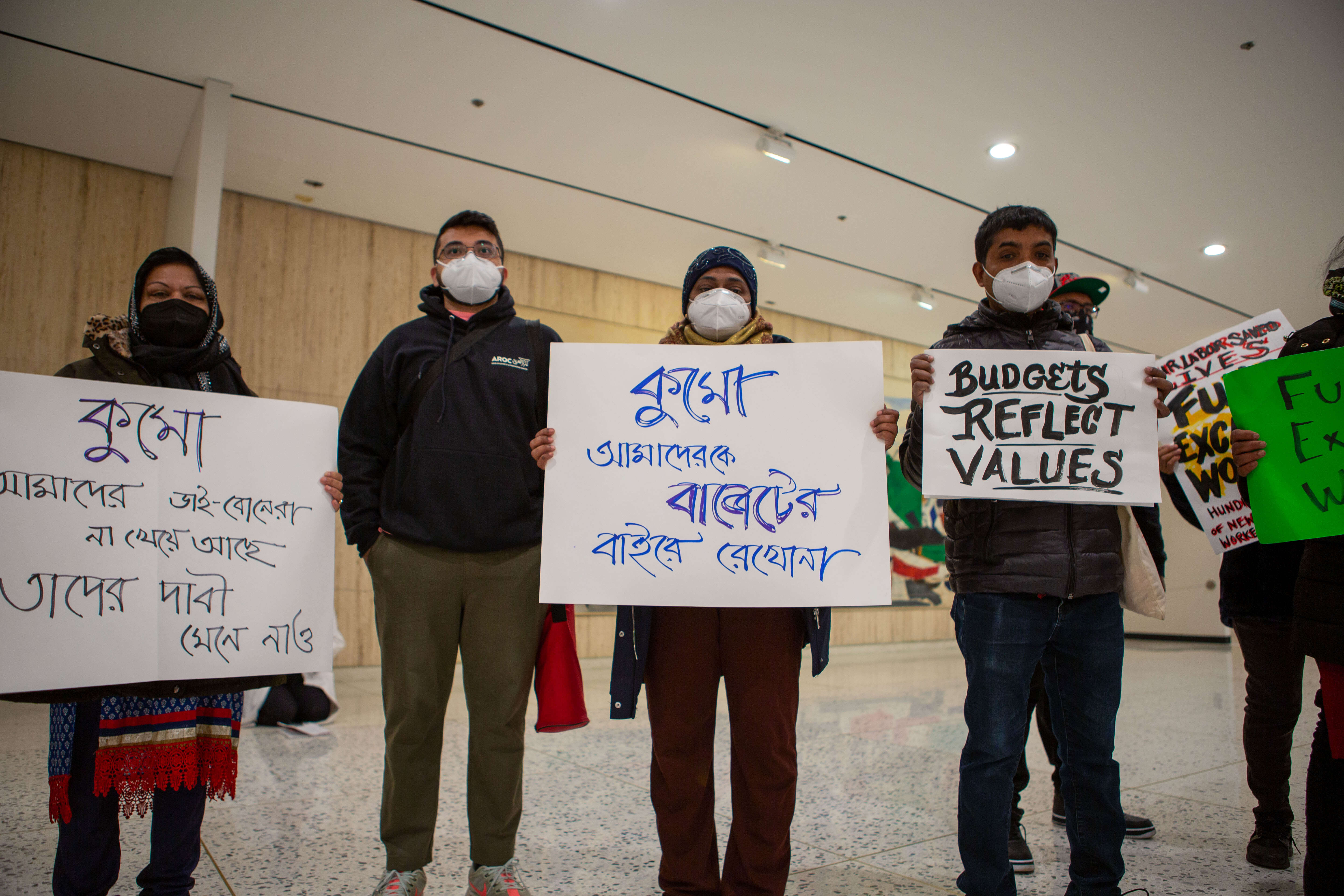 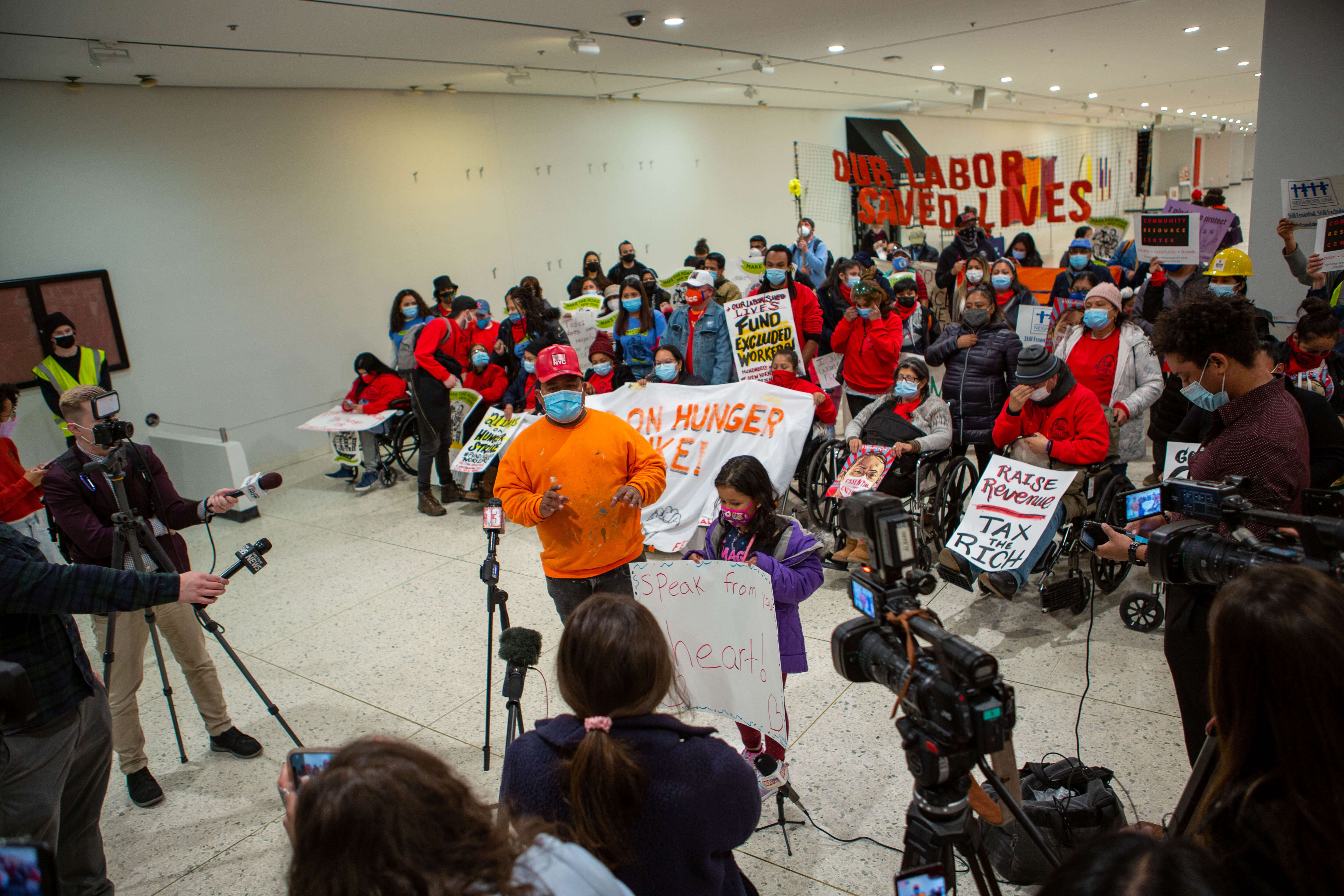 Ending unjust gaps in our safety net that leave workers behind

The fight for the Excluded Workers Fund showed us that our safety net system is filled with gaps that unjustly shut out many of New York's most vulnerable workers, especially Black, Brown, and immigrant workers in precarious low-wage industries.

To get involved, contact us at 518-303-3848 or at sanctuarycolumbiacounty@gmail.com.

Who will be covered?

How will it work?

How much will it cost?

The funding will be enough to cover a $1,200 monthly payment to 50,000 people, along with administration costs. The number of people who qualify is roughly equivalent to a 10% unemployment rate and a 50% take-up rate for a million people. (Note: this is a rough estimate of the number of people who would qualify and apply.) Any surplus would be rolled over to the following year.

WE WON the Excluded Workers Fund in 2021!

On April 6th, 2021, our community won $2.1 billion fund for excluded workers. This historic victory is the first of its kind in the US.

Excluded workers have been on the frontlines of this pandemic, but haven’t received any state or federal financial support. This fund will provide direct assistance to those workers, finally providing the relief so many others have already received.

These funds will help workers like Oswaldo, who worries each day about his son with asthma and is struggling to pay back rent; Nelson and his daughter Chelsea, who survived COVID only to fall far behind on bills; and Dawedo, who was just released from ICE detention and came back to a world in economic crisis. Our members who are farmworkers, restaurant workers, domestic workers, and construction workers have sacrificed their bodies and their lives to get us through this pandemic and to win this historic victory. We honor and salute the hunger strikers who went 22 days without eating.

At the same time, there are some disappointments. Some restrictions have been included which will further exclude portions of our community. Legislators failed to sufficiently tax billionaires and excluded those who were recently released from incarceration.

Still, this bill will help an estimated 290,000 undocumented New Yorkers in desperate need of support. When we joined this campaign as the Capital Region coordinator, we knew how essential the voices of workers and allies in upstate and rural NY would be to winning this campaign. To those of you who attended our events, called your electeds, and signed on to our organization, business, and interfaith letters to support and amplify our campaign, THANK YOU!

We are honored to have worked alongside coalition partners like New York Immigration Coalition, Yonkers Sanctuary Movement, Worker Justice Center of NY, Nobody Leaves Mid-Hudson, Worker’s Center of Central NY, Make the Road NY, and so many more.

Below are resources available for download about the Fund for Excluded Workers. We will update you with more information as we learn more!

Here's a highlight reel from the campaign!